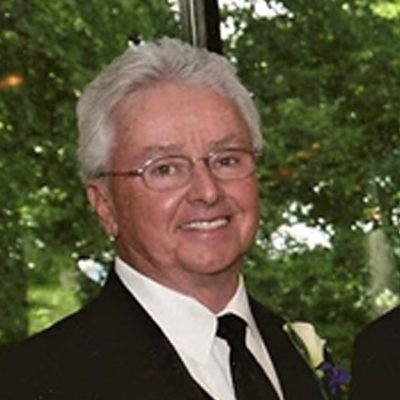 Who I Am + What I do at DeltaPoint Partners

How I Help My Clients

Peak Promotional Group is a branded merchandise distributor. We sell an extensive range of promotional products, merchandise that is custom printed with the logo or name of an organization with the goal of promoting a brand, service, product or event. We are in our 20th year of successful operation. Our web-site is updated daily on all products and guarantees the pricing. We can source anything from overseas or made in the USA. Our product range comprises of tens of thousands of individual products ranging from basic giveaways such as pens, totes and drinkware, to higher value items such as embroidered apparel, business gifts, awards and full-size trade show displays. We can also service any client from anywhere in the U.S.

I believe that setting higher standards, truly listening to our client’s needs, and providing quality products enables us to meet and exceed our client’s expectations. Our creative approach of thinking outside the box is a proven success formula. I take pride in respecting our employees, suppliers and manufacturers, knowing that each are a vital ingredient for ensuring our clients success. Our Goal is Simple…..Helping You Meet Yours.

Why I do what I do

The Ad Specialty Industry is changing rapidly with hundreds of new products being introduced every day. Many of the new products are now made in the USA, which is long overdue. To be able to offer a new idea or product to a client is exciting and challenging.  Winning a new piece of business or contract with a major corporation as we did Cadillac, Missouri Valley Conference or the U.S. Army is very gratifying, and well worth the time and research invested. Our Mission Statement says it all. “At Peak Promotional Group, we will always deliver what our customers expect. Not just on paper, but in the spirit it was intended. We are very proud to have served our Country and equally proud to serve our clients.

How I Spend My Free Time

I enjoy golf and photography along with spending time with the family and grandkids. I also make time to help our combat veterans through the Gateway Warrior Foundation, providing service dogs is our number one priority.

Denny was drafted into the U.S. Army in 1969, had basic training at Ft. Dix, AIT at Ft. Polk (Tiger Land) and assigned to AMC, Army Materiel Command, Ft. Belvoir. He was honorably discharged in 1971.

Denny was employed with Delta Airlines for 15 years and worked in operations, gates, ticket counter, dining service, air freight, customer service and marketing. Denny’s career with Delta was interrupted for two years when he served in the Army. In 1981 Denny resigned from Delta and opened West Travel Limited, a full-service travel agency with six locations. At the same time Denny started a professional photography career, and was hired by the St. Louis Blues Hockey Team, St. Louis Steamers Indoor Soccer Team, Topps Chewing Gum, and was assigned to shoot several Rock Concerts and Country Western Concerts for Coca-Cola. Denny sold West Travel Limited in 1992 and continued his photography until 1995.

In 1993 Denny was hired by Meridian Enterprises as Vice President of Sales & Marketing, to run the Commercial Travel Division. In December of 2000 Denny resigned Meridian and opened Peak Promotional Group on January 1st, 2001 and is currently still employed with Peak as the Executive Director under his son Kevin (USMC) who serves as President.

Denny has been married to Jan for 50 years this coming November 5th 2021. They have raised three boys, Sean, Kevin and Brett and have three grandkids, Jack, Rileigh and Brooke.

During Denny’s career, he was awarded the President’s Customer Service Citation from Delta Airlines, and six-time recipient of Delta’s Tom Beebee award for customer service. He was also awarded the KEZK Radio, Business Person of the Week.

Denny was also a member of Toastmasters International and served as President of the West County Chapter and Area Governor. In 1994, Denny was asked to serve on the Corporate Sponsorship Committee for the St. Louis Olympic Festival. He also served on the Corporate Fundraising Committee for the NCAA Final Four hosted in St. Louis. Denny has also served on the boards of Cherry Hills Country Club and The Country Club of St. Albans.

Denny also volunteered for many youth and charity programs. He coached baseball for 10 years and ice hockey for 16 years. He was certified on all 3 levels of USA Hockey coaching. Served on the board of Creve Coeur Hockey and Director of Coaching. He also served on the board of Parkway Central High School Ice Hockey, and was a member of the coaching staff.

Denny’s charity work has covered several years of his professional life. While employed with Delta Airlines he was elected to serve as chairman of the Fair Share Committee for St. Louis. He served on the Jerry Lewis, Muscular Dystrophy Labor Day Telethon as a volunteer. Dance for Strength Marathon for Multiple Sclerosis and many charity golf tournaments. Currently, Denny is serving on the Gateway Warrior Foundation Board, and has for the past 12 years, 6 of those years as President. The GWF helps combat veterans in need and has NO admin cost.

We are not just coaches and consultants.

We are seasoned business executives who get into the trenches with you.